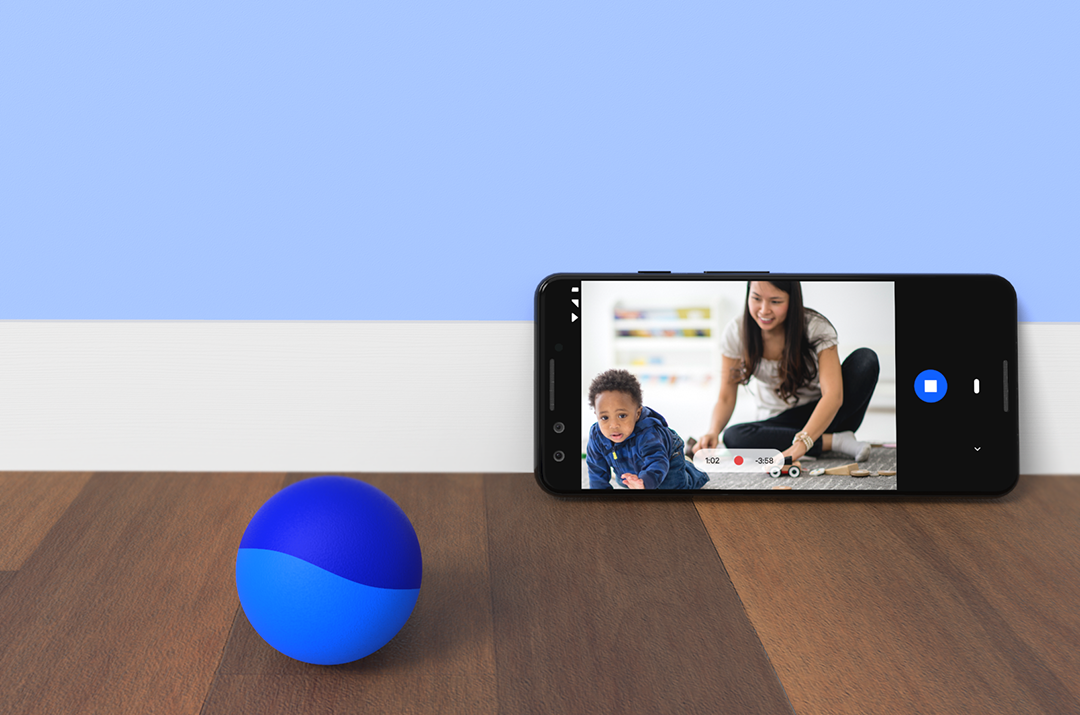 Parents record 5-minute video clips of themselves engaging in everyday interactions with their kids.
RESEARCH
User Interviews
In my early research, I talked to over 20 subject matter experts in the fields of developmental psychology and social work. In one interview, I was informed that the natural ability to parent is not a thing, it's based on our own experience. I also learned that moms are less likely to voice their confusion, but dad’s will.

Based on this information, I conducted 8 interviews with fathers raised by single mothers in order to understand their behaviours and mindsets about parenting.
Key Findings
Fathers expressed interest in these concepts, but the existing options make it difficult to find support. 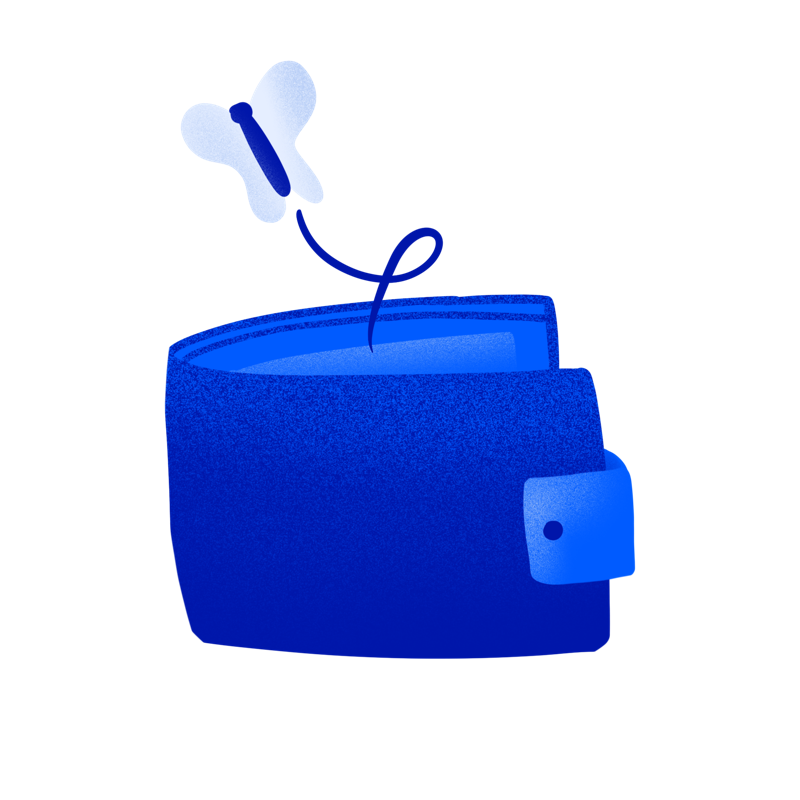 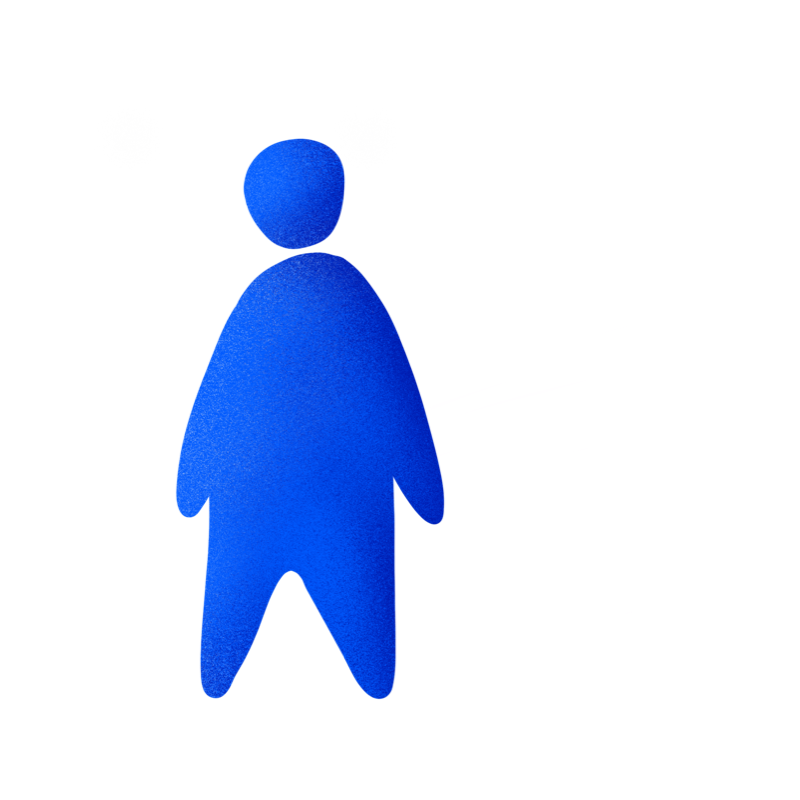 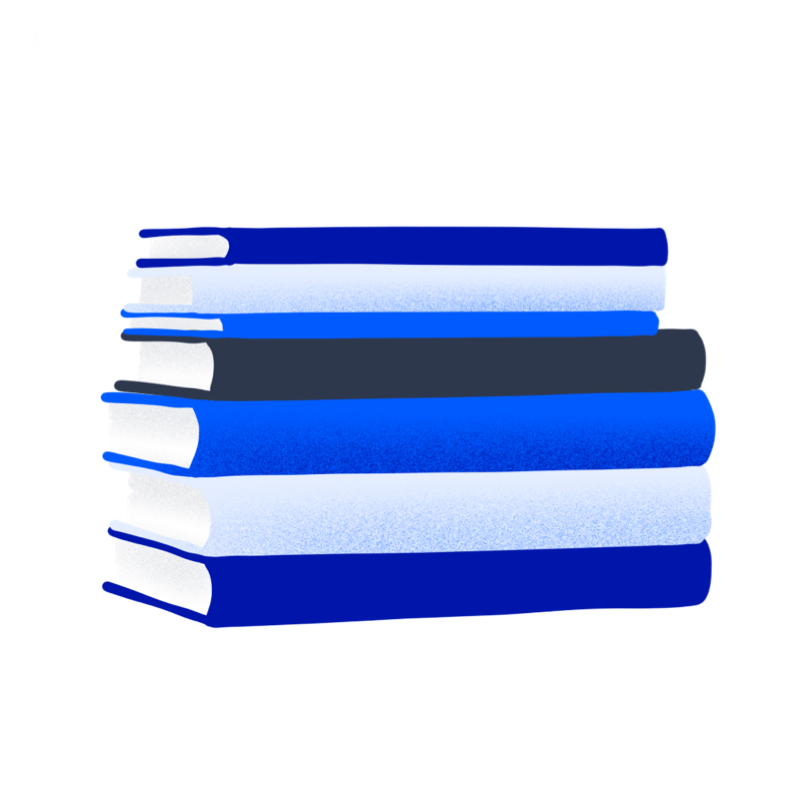 Parenting books take a lot of time and commitment 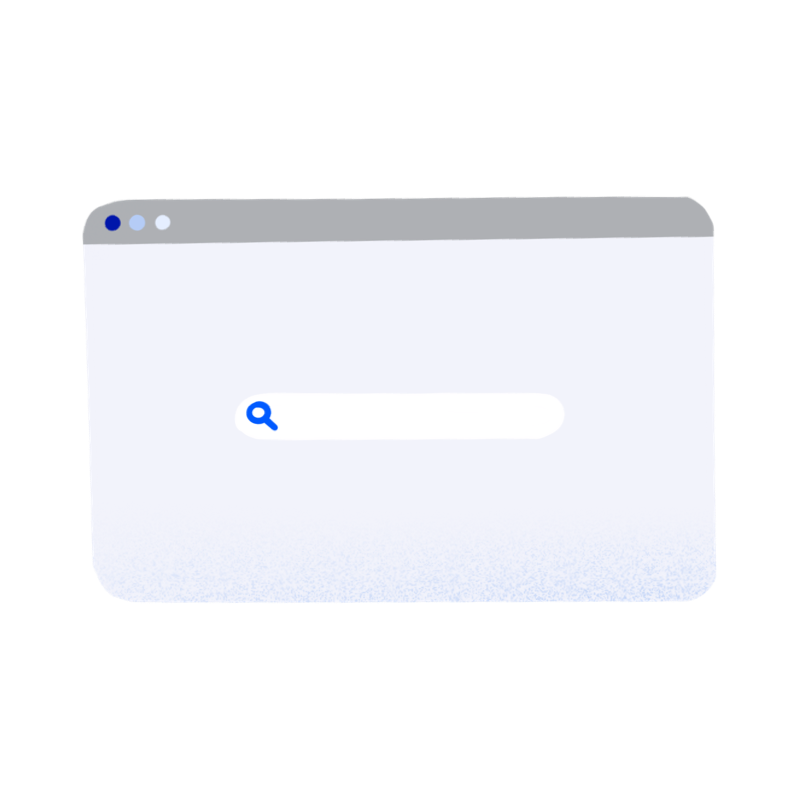 “Googling” parenting advice can be conflicting

DEFINING THE USER
Meaningful Groups
To get a better idea of all potential users, I identified the traits that they would likely all possess and created 4 meaningful user groups.
Universal Traits
- Parents with young children
- Low-income
- Unable to afford childcare
- At risk of providing
inadequate care
Meaningful Groups
- Dads without dads
- Welfare Parents
- “Cliff” Parents who just miss the eligibility requirements for government aid
- Single Mothers
ASSET CREATION
Defining Features
Building off my user groups, I created proto-personas and drew scenario maps to uncover product features for key touchpoints.

Each scenario uncovered new ideas. From here, I made a list of high-level features and prioritized them.
Prioritized Feature List
1. Choose a coach
2. Learn content
3. Record video footage
4. Upload content
5. Read comments
6. Ask a question
Wireframes
With features defined, I drafted a hierarchy and wireframed each state.

PRODUCT DESIGN
Choosing a coach
When a parent first signs up for the app, they would select a coach. Once selected, they would be prompted to schedule an introductory phone call as a way to establish trust. 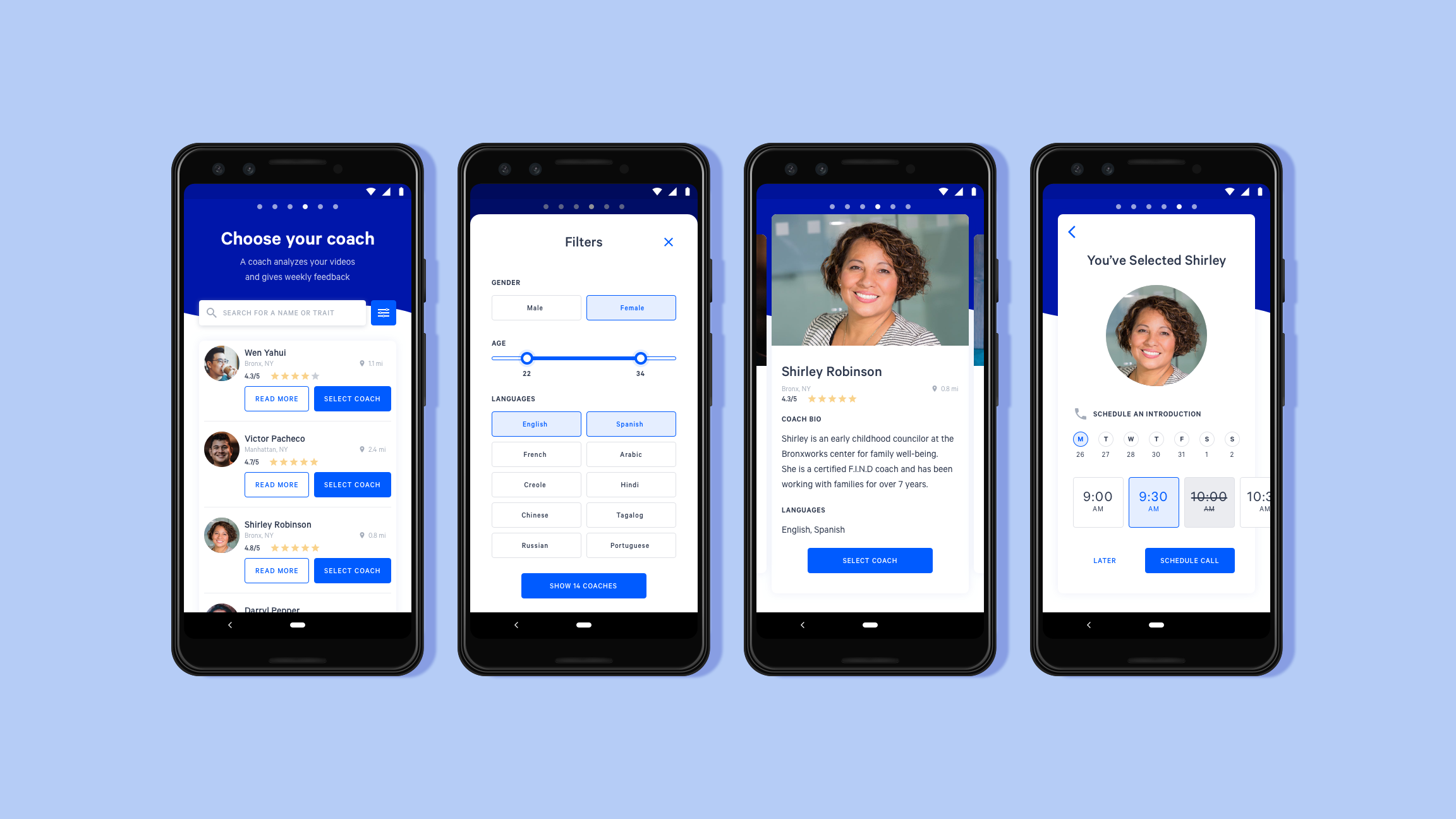 Lesson Plans
Structured lesson plans teach the basic concepts about developmentally appropriate parenting behaviours. These modules would have a timed release, allowing parents to focus on a single skill each week. The lesson content is also in video form, making learning entertaining and more digestible. 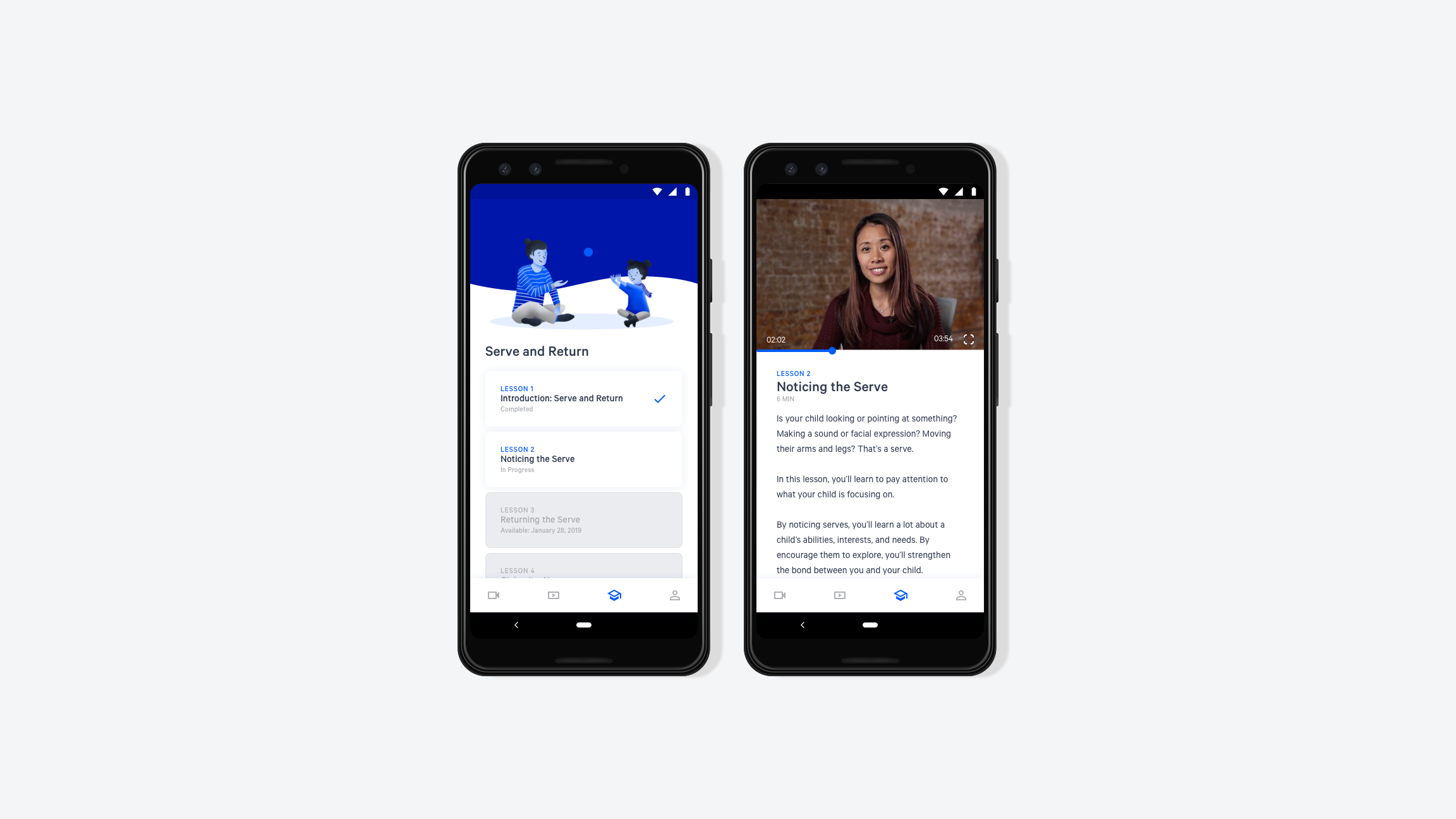 Lesson Plans
Structured lesson plans teach the basic concepts about developmentally appropriate parenting behaviours. These modules would have a timed release, allowing parents to focus on a single skill each week. The lesson content is also in video form, making learning entertaining and easily digestible. 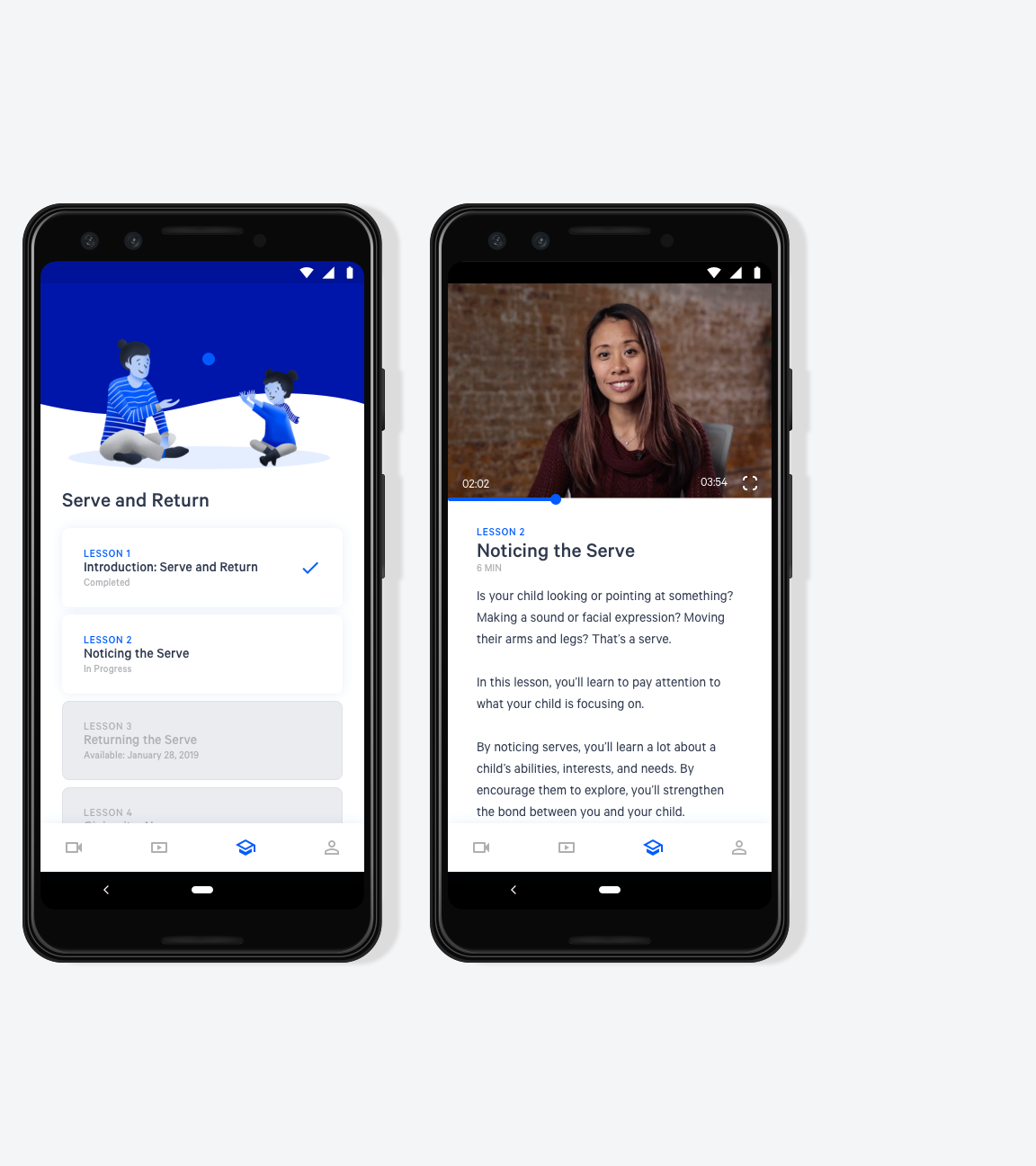 Recording Interactions
Each week, parents would be prompted to upload 5-minute video clips of themselves engaging in everyday activities with their children. 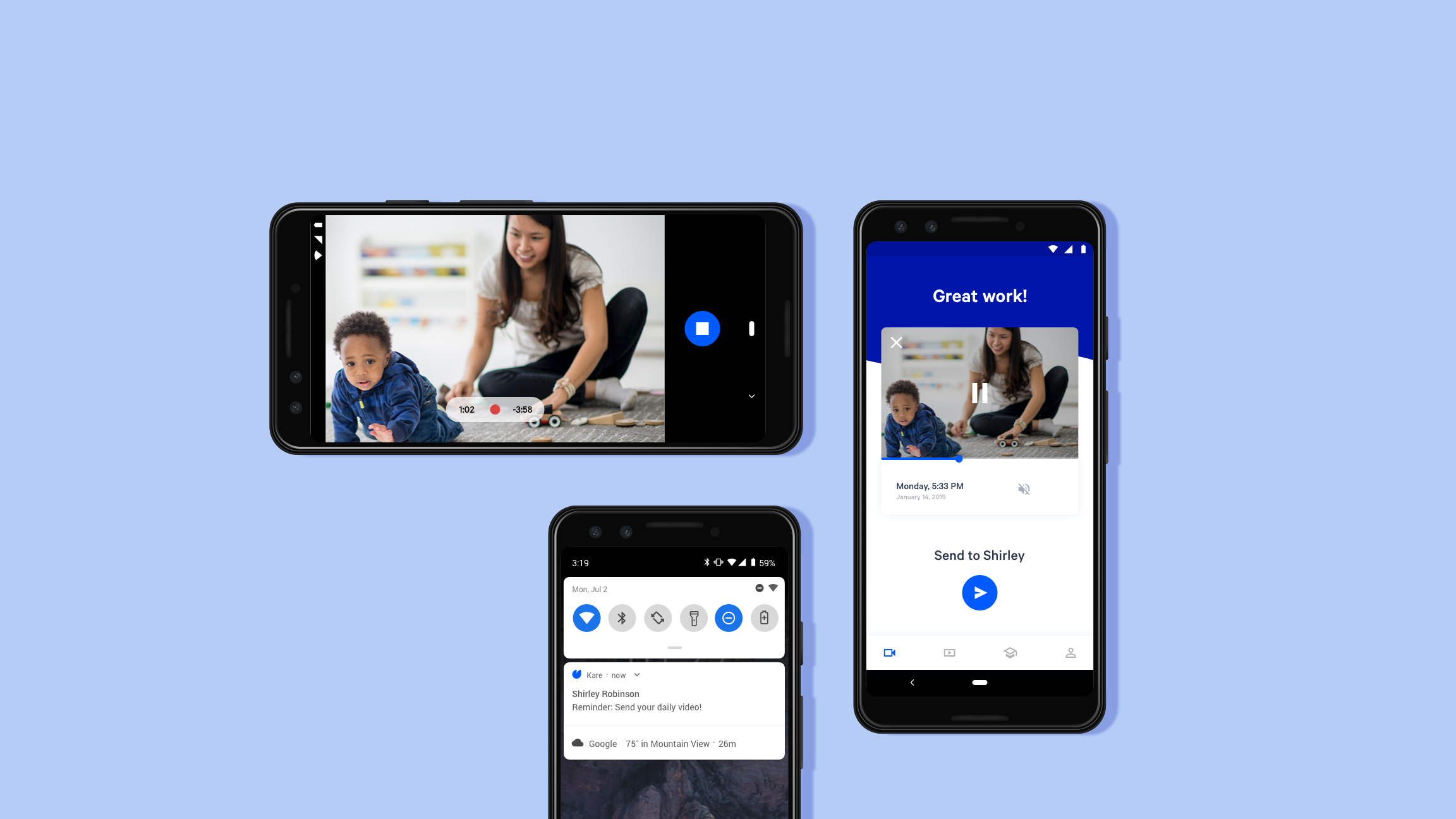 Viewing Comments
Once uploaded, coaches would review the content, and instead of correcting, they would encourage positive behaviours by commenting on the actions the parents did well.

MFA THESIS
Closer Kin
This project was conducted as part of my MFA Thesis, Closer Kin: Building Stronger Family Environments by Design at SVA Products of Design.
View Book
← Previous Project
All
Next →Project →
About Kevin